How Long Does Fentanyl Stay in Your System?

Fentanyl is a potent synthetic opioid that is 50 times more powerful than heroin and 100 times stronger than morphine.[1] When used for recreational purposes, fentanyl can be found in the form of a powder, blotted on paper, or mixed with heroin, cocaine, and other street drugs to make them more potent. Fentanyl is also a prescription drug intended to treat severe and chronic cases of pain.

Fentanyl abuse is extremely dangerous, as it often leads to fatal overdoses. This drug has claimed the lives of many Americans, as it is often used as an adulterant in other drugs.

Knowing how long fentanyl stays in your system can prevent you from accidentally taking too much and suffering from an overdose.

How Long Does it Take Fentanyl to Leave Your System?

The elimination half-life of fentanyl is dependent on the method of use. The half-life varies depending on if you inject fentanyl, use a patch, or a lozenge.

Does Fentanyl Show Up on a Drug Test?

While fentanyl is stronger and more dangerous than other opioids like morphine, it is not tested for on a standard drug test. Standard drug tests often look for the metabolites left behind from morphine, instead of fentanyl. However, an advanced screening can be requested which can reveal the presence of fentanyl in your system.

While often undetected by standard urine tests, an advanced urine test can be used to identify fentanyl. On these urine tests, fentanyl can be detected 8 to 24 hours after you use the drug. This depends on various factors including weight, age, overall health, and more.

Blood testing is one of the least effective drug tests for fentanyl. This is because the substance can only be detected in the bloodstream for up to 12 hours after your last use of the drug. While this drug is only in the blood for less than a day, fentanyl can cause life-threatening health conditions such as organ failure and overdose when abused.

Saliva can be used for a variety of tests, from DNA to drug testing. When you are given a saliva drug test, the doctor will take a swab of your saliva from the insides of your mouth. These tests are more accurate when testing for fentanyl because they can detect the substance for 1 to 4 days.

Fentanyl and other drugs can be detected in the hair for up to 90 days.

Factors that Influence How Long Fentanyl Stays in Your System

Other factors that influence how long fentanyl stays in your system include:

If you had been using fentanyl for years, the substance may stay in your system longer than others. This is because the substance builds up in your body over time, leading to a higher number of metabolites in your body.

Fentanyl is a dangerous drug that can lead to addiction after only one or two uses. This drug is considered to be a main player in the opioid epidemic, as just a small amount of the substance can lead to a fatal overdose, so it is important to avoid it at all costs.

At Moving Mountains Recovery, we understand how serious addiction to opiates is. We are passionate about helping people find freedom from their addiction and rebuild their lives on a strong foundation of recovery. We have a team of motivated and compassionate professionals that are dedicated to helping people recover.

If you or a loved one are struggling with fentanyl addiction, contact Moving Mountains Recovery Center today to learn about your treatment options. 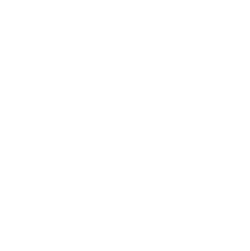 Benzodiazepines are a class of medications that are prescribed to treat anxiety disorders, seizure disorders, and insomnia. Some of the most commonly used benzos include alprazolam (Xanax), clonazepam (Klonopin), and diazepam (Valium). Although benzodiazepines can be...
Read More

What is Disorganized Attachment Style and Can It Lead to Addiction?

Attachment theory states that our approach to forming relationships with others is influenced by our earliest experiences with caregivers and other influential relationships in our lives. In other words, the way our parents interact with us as children can influence...
Read More

How is Anxious Attachment Style Related to Substance Abuse and Addiction?

Anxious attachment is one of the three insecure attachment styles. Also referred to as anxious ambivalent attachment in children, this attachment style develops in early childhood. When someone is a child, their parent’s behavior towards them will shape how they react...
Read More

What is Avoidant Attachment Style and How is it Related to Addiction?

Humans seek relationships to receive love, support, and comfort from others, but everyone does it differently. Some people may be very clingy and require constant validation, while others are more aloof and detached from their relationships. Attachment theory was...
Read More

Different drugs can cause a wide range of sensations for users. From relaxed and calm moods to heightened energy and euphoria, most drugs create a false sense of emotional comfort or security, causing users to feel empowered when they use the drugs, leading to...
Read More

What is Chronic Relapse and How Do I Stop Relapsing?

If you have overcome an addiction to drugs or alcohol, you deserve to be proud of yourself, but you should know that recovery isn’t linear and it never truly stops. In order to stay sober, you have to make healthy choices on a daily basis and continue treating your...
Read More